Have a Heart-to-Heart with Your Doctor About Marijuana

Even though marijuana is now legal in some states, you may be hesitant to tell your healthcare provider if you use it. But here’s a reason why you should: Marijuana may not be safe for everyone. In fact, the American Heart Association is concerned that using it regularly may have a negative effect on your heart. 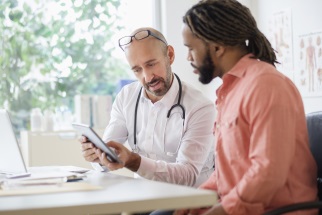 Every year, approximately 37 million adults consume marijuana via vaping, smoking, or other means. It’s projected that people may spend more than $23 billion on cannabis in the U.S. by 2025.

Despite its growing popularity, marijuana has been linked to various medical issues, as noted in a report that recently appeared in the journal Circulation. The report asserts that:

What we don’t know

There are still many unanswered questions about marijuana, which is why more research is needed, note the study authors. They are unsure, for instance, whether marijuana may be linked to serious cardiovascular issues such as heart attacks. In addition, researchers are still learning if certain groups are particularly at risk of experiencing negative effects. This includes:

Given all the unknowns, it’s smart to talk with your provider about your marijuana use. That way, he or she can factor it into your treatment plan.

© 2000-2021 The StayWell Company, LLC. All rights reserved. This information is not intended as a substitute for professional medical care. Always follow your healthcare professional's instructions.
Contact Our Health Professionals
Find a Doctor Request an Appointment Locations Services
Follow Us